Please see the attached forms for our current events and conferences. If there are any questions, or to submit a form to us please send all emails to ncfuneraldirectorsassociation@gmail.com

On Tuesday, August 23, 1887, representatives of eight firms in the state of North Carolina met in Goldsboro to consider the organization of a state funeral directors’ association. The following funeral directors were represented at this pioneering meeting, they were: D. P. Haskitt & Son, Goldsboro; Moore and Robinson, Goldsboro; J. W. Woolvin & Son, Wilmington; Wooten & Stevens, Wilson; John W. Brown, Raleigh; L. C. Bagwell, Raleigh; G.B. Webb & Co., Kinston; and C.W. Jogner, LaGrange. Temporary officers were quickly chosen to serve until a call could be sent out to all the funeral directors of the state to meet in Raleigh in October of the same year.

Mr. J. W. Woolvin was elected temporary chairman and J. J. Robinson temporary secretary of the group of planners. A Committee of three men to write a constitution and by-laws was also chosen at this time. John W. Brown headed the committee and was assisted by the two temporary officers.

Formal organization of the North Carolina Funeral Directors and Embalmers Association was effected on October 91, 1887, at Raleigh. Although John W. Brown is usually given credit as the father of the organization actually four men signed the original letter requesting the meeting: John W. Brown; Frank H. Vogler, Winston-Salem; John M. Barnes, Henderson; and A. B. Vogler, Winston-Salem.

Fifteen funeral directors attended the first meeting, six from the western section of the state and nine from the east. The following officers were hence elected to serve the organization during the first year: President, John W. Brown; Secretary, Frank H. Vogler, Winston-Salem; and Treasurer, John M. Barnes, Henderson.

The association itself sponsored its own school for the embalming and funeral directing education of its own members. The first education session was held in the facilities of the Brown Funeral Home in Raleigh and was conducted by the pioneer embalming educator Professor Joseph Henry Clarke from the Cincinnati College of Embalming. Although classes were held only every three years and the course extended for a mere three weeks in length, many funeral directors/undertakers who wished to learn more about the art and science of embalming attended these lectures. The tuition for the entire three week course was $25.00. Other pioneer embalming educators who taught through the North Carolina Association were Dr. Elihu Myers of the Champion Embalming Fluid Company, and Professor Felix A. Sullivan who had embalmed the remains of President Ulysses S. Grant when he died in 1885. 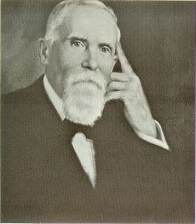 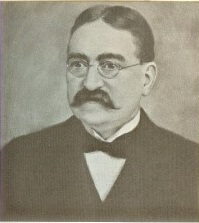 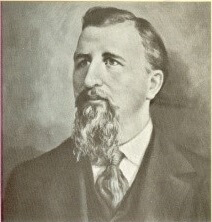 In 1893 the word “undertaker” first appeared on the statutes of the State of North Carolina in a new law which “exempted all undertakers from jury duty.” On July 1, 1901 the state established its first State Board of Embalming, consisting of a five man commission which was composed of three medical doctors and two licensed funeral directors. By 1905 the State of North Carolina had passed its first law setting requirements for embalmers and funeral directors as well as establishing certain requisites for funeral homes.

Early in the history of the funeral directors association in North Carolina a code of ethics was given consideration, and in 1893 Frank H. Vogler submitted to the assembled membership a code which was deemed suitable by the group and thus became the first code to which the association subscribed.

Shortly after the code of ethics was adopted the organization suffered internal disorders and was forced to disband for a period of about two years. In April of 1900 the association reorganized and again affiliated and began to report to the National Funeral Directors Association. At this time there were only about 20 members in the association but the group reported passage of a law regulating the profession in the state and termed it “one of the best laws regulating the practice of embalming of any state in the Union.” Under this law “no one not holding a license is allowed to use embalming fluid in any way.”