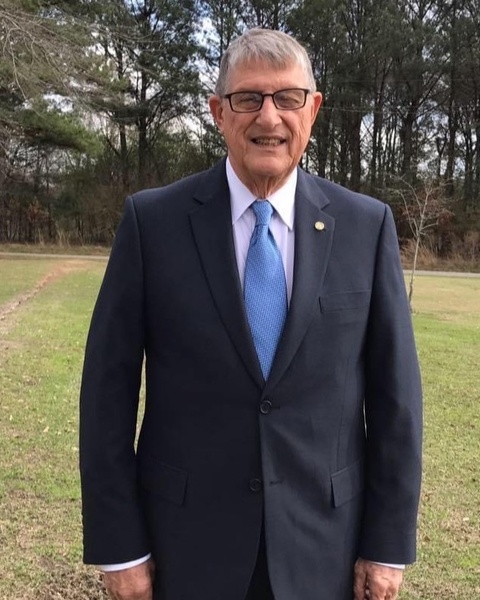 Jerry was born January 5, 1935 to the late Bettle Frank and Julia Byrd Hardister. He was also preceded in death by his brother.

He served his country in the United State Army in Panama.

Jerry was a member of the Southern Pines Jaycees, Southern Pines Rotary and the Elks Club.  He attended many local coffee shops in the area for breakfast with the coffee groups over the years.  Jerry was a Mason and Shriner.

He was a past President of the North Carolina Funeral Directors Association and former owner of Powell Funeral Home.  Jerry joined Ashley Heights Baptist Church at the age of 9.  He was a former member of Brownson Presbyterian Church.

He was a member of Oak Grove United Methodist Church in Georgiana, Al., as well as the Georgiana Masonic Lodge.

Condolences on line at pinesfunerals.com