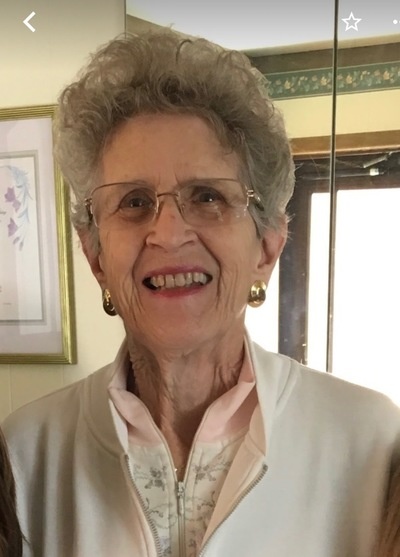 Madeline Louise Lanning Galloway of Brevard, NC, departed this earthly life Tuesday, November 26, 2019, from Elizabeth House in Flat Rock, NC, following complications from a stroke just one week earlier. She had celebrated 85 wonderful years of life. She was born in Jackson County, NC, on August 25, 1934, the third of seven children born to the late Eugene and Kathleen Louise Moses Lanning. When she was 17, her family moved to Transylvania County. She graduated from Brevard High School in 1953 after having been crowned “Miss Brevardier” her senior year.

It was in Brevard that she met the love of her life, Charles Welch Galloway. They were married on January 20, 1954, and had celebrated 57 years of marriage at the time of his passing on August 28, 2011. Others preceding her in death were two sisters, Angela Purvis and Gloria Gosnell, one brother, Wayne Lanning, one niece and one nephew.

In addition to being a devoted wife and mother, Madeline had a career of many years with Ecusta/Olin Industries. She was dedicated to her family but she also enjoyed bluegrass music and going bargain-hunting at thrift stores. Many of her “bargains” were bought with someone in mind and given away.

The family will receive friends from 2:00 until 2:45 PM Sunday, December 1, in the chapel of Moody-Connolly Funeral Home in Brevard. A memorial service will follow at 3:00 PM officiated by Rev. Bill Bruner. In evidence of her giving spirit, her body was donated to Campbell University School of Medicine in hopes that it may be beneficial in medical research and training.

In lieu of flowers, memorials may be considered to Elizabeth House, 581 S. Allen Road, Flat Rock, NC 28731. Although her family is painfully aware that Madeline’s passing brings a somber tone to the holidays, they readily acknowledge that having had her in their lives these many years gives reason for heartfelt Thanksgiving.