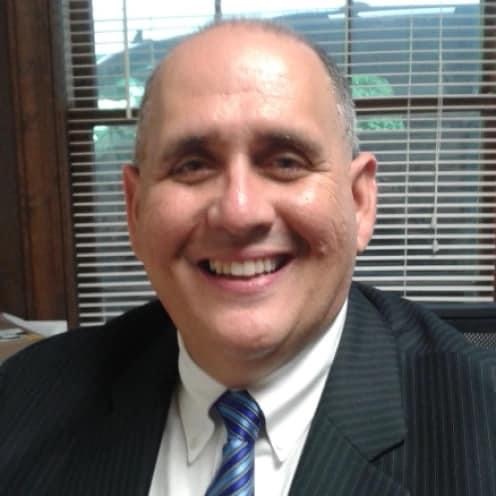 Mark Madison Vickers, 60 gained his angel wings after battling a rare infectious disease on March 24, 2022 surrounded by his family. Mark was born August 21, 1961 to Hugh and Joan Vickers in Madison, Indiana.
Mark graduated from Earlham College, Richmond, IN; Duke Divinity, Durham, NC; and Fayetteville Community College, Fayetteville, NC. Mark began his call to ministry early in his life by volunteering and serving his local church and community. Mark served in the Western North Carolina Conference of the United Methodist Church. Due to family circumstances, Mark changed his career direction and became the Chaplain and a funeral director for Forbis & Dick Funeral Service in Greensboro, NC, where he remained for 18 years. After the death of his first wife, Mark returned to the ministry in 2015, where he served as a lead pastor for the congregations of St. Timothy’s UMC, Greensboro, NC; Bethpage UMC, Kannapolis, NC; and most recently of New Hope UMC, Winston Salem, NC. He also served as past Chaplain for the North Carolina Funeral Directors Association.
Mark was an active Mason for many years. Mark joined the Stokesdale Lodge #428 in 2003 and was also a valued member of the Wilkerson College Lodge #0760, Sophia Lodge #0767, Lux Libertas Lodge #0772 and most recently, the Royal White Hart Lodge #0002. Mark has also served as the Grand Chaplain for two past Grand Masters of the North Carolina Grand Line. Mark received his 33rd degree from the Supreme Council of the Scottish Rite Southern Jurisdiction of the United States of America and was a member of the Greensboro Scottish Rite Valley.
Mark loved the outdoors, biking, hunting and fishing with family and friends. He was an avid reader. You could always find Mark engrossed in two or three books at one time. Mark was a man of faith. He loved God! He loved life! He loved BIG! To know Mark, was to love Mark. His contagious love, laugh and smile will all be missed.
Mark is survived by his son, Thompson Vickers; wife, Mari Ed Vickers; mother, Joan Vickers; and bonus daughter, Kaitlyn Zimmerman; sister in laws, Carla Morgan (Doug); Cindy Wilhoit (Tom); and Marti Stegall; nephews, Paul Wilhoit (Sherry); Zachary and Noah Morgan, nieces, Krista Plowman (Shane), Elizabeth Phillips (Cramer) and Jaimee Stegall; four great nieces and nephews; aunts, Patricia Ann Zwiefel (Jim) and Martha Vickers; cousins, Rene Block(Jim) and Michele Sitzberger (Carl). Mark is preceded in death by his first wife, Susan Norman Vickers, father, Hugh A. Vickers and nephew Seth Morgan.
The family would like to extend the most gracious of THANK YOUS to the nurses, doctors, case manager and palliative care teams at Forsyth Medical Center for the love, devotion and care they gave to Mark during his time in the hospital.
A Celebration of Life will be held on Saturday, April 2, 2022 at 2:00pm in the Sanctuary of Christ United Methodist Church, 410 N. Holden Road, Greensboro, NC 27410. This service will also be live streamed on the church’s You-Tube channel and Facebook page.
In lieu of flowers, contributions in Mark’s memory may be made to the NC Scottish Rite Foundation, P.O. Box 19908, Charlotte, NC 28219 or Global Ministries UMCOR, GPO, P.O. Box 9068 New York, NY 10087-9068 or to your own church’s Youth Program.
Forbis & Dick Funeral Service, Guilford Chapel is entrusted with the care of the Vickers family.
To order memorial trees in memory of Mark Madison Vickers, please visit our tree store.