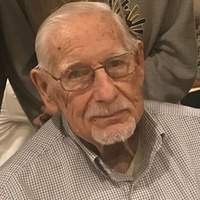 Mr. Jackson was born in Davidson County on January 7, 1931 to Osben Jackson and Flossie Holder Jackson. He was a retired funeral assistant, having worked for Davidson Funeral Home, and former co-owner of Beck’s Flower Shop in Lexington. In addition to his parents, he was preceded in death by his wife, Carol Meachum Jackson; and his brother, Lewis Jackson.