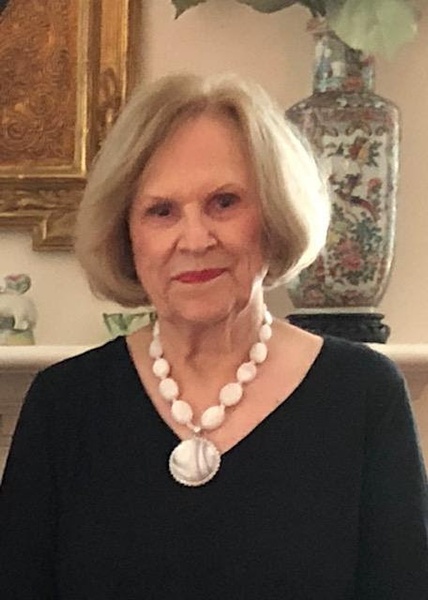 Susan Harper Pennington died Wednesday, May 13, 2020. She was the only child of the late James Bryan Harper and Mary Sue Henley Harper of Winston-Salem. She graduated from Salem College in Winston-Salem and Mount Vernon College in Washington, DC.
She was the widow of the late O.C. Pennington, Jr., former owner of Pennington-Smith Funeral Home in Raleigh, and long-time Vice-President of Brown-Wynne Funeral Home in  Raleigh. Susan was also the daughter-in-law of the late O.C. Pennington, Sr., co-founder of Pennington-Smith Funeral Home, and Past-President of the NC Funeral Director's Association from 1947-1948.
Susan was a dedicated member of Christ Church. She was a former member and Treasurer of the Junior League of Raleigh, Board Member of Haven House and Hilltop Home Community. She was active in the NC Museum of History and Family Violence Prevention Center. Susan also served at the Treasurer for the 1977 Gubernatorial Inaugural Ball Committee
She enjoyed Carolina Country Club, Cotillion Club, Circle Club, Assembly Club, and the Saint Christopher's Club. Susan treasured her many friendships.
In addition to her parents, she was preceded in death by her husband of 55-years, Oliver Cromwell (O.C.) Pennington, Jr. and her daughter, Kinna Gordon Pennington.
She is survived by her son Bryan Cromwell Pennington and his wife Dr. Elizabeth Ferguson Pennington, and her two grandsons, Bryan Cromwell Pennington, Jr., and John Harper Pennington, all of Raleigh.
A private funeral service will be held in the Chapel of Christ Church followed by a private burial at Oakwood Cemetery. The family will hold a celebration of Susan's life in the future.
Those wishing to make memorials may do so to Christ Church, 120 East Edenton St. Raleigh, NC 27601 or Haven House, 600 W. Cabarrus St., Raleigh, NC 27603.
Arrangements by Brown-Wynne Funeral Home, 300 Saint Mary's St., Raleigh, NC.